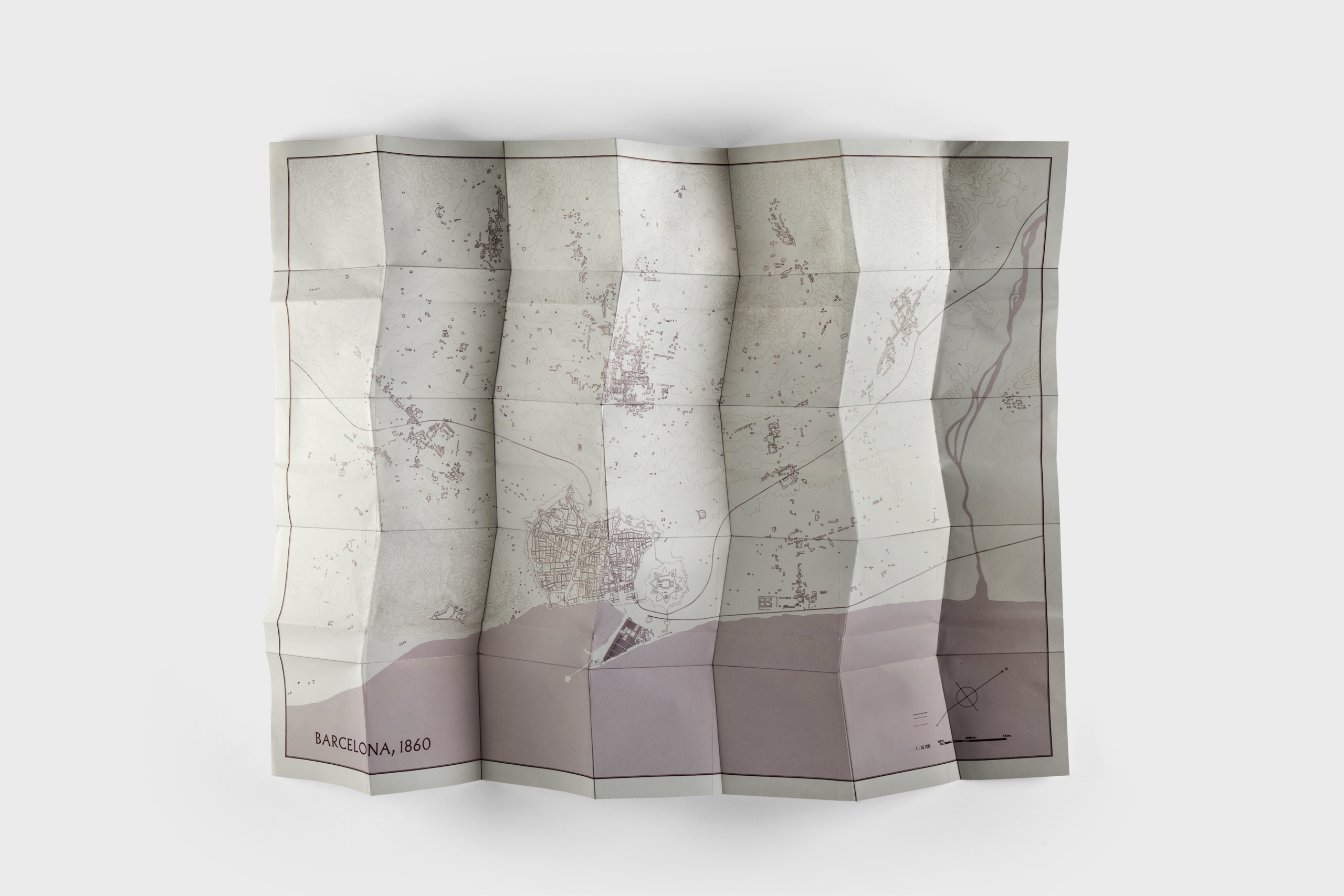 The use of cartography as a model of management and experience of the city based on the map of Barcelona drawn by the French-Catalan artist Juli Martí Casals, which refers to the city at the time when Idelfono Serdà i Sunyer was designing the Eixample plan.
By simply changing one of the geometric parameters that define the traditional map folding system, namely the angle that is created between the vertical and horizontal lines, a new folding system (known as Miura) is generated. This transformation becomes a metaphor for the way we could live and manage our cities, which are increasingly subject to the interests of pressure groups to the detriment of the quality of life of the people who live in them. A small variation of 6º in the folding system introduces a profound change in the management of the use of the map and suggests a “new citizen cartography”.